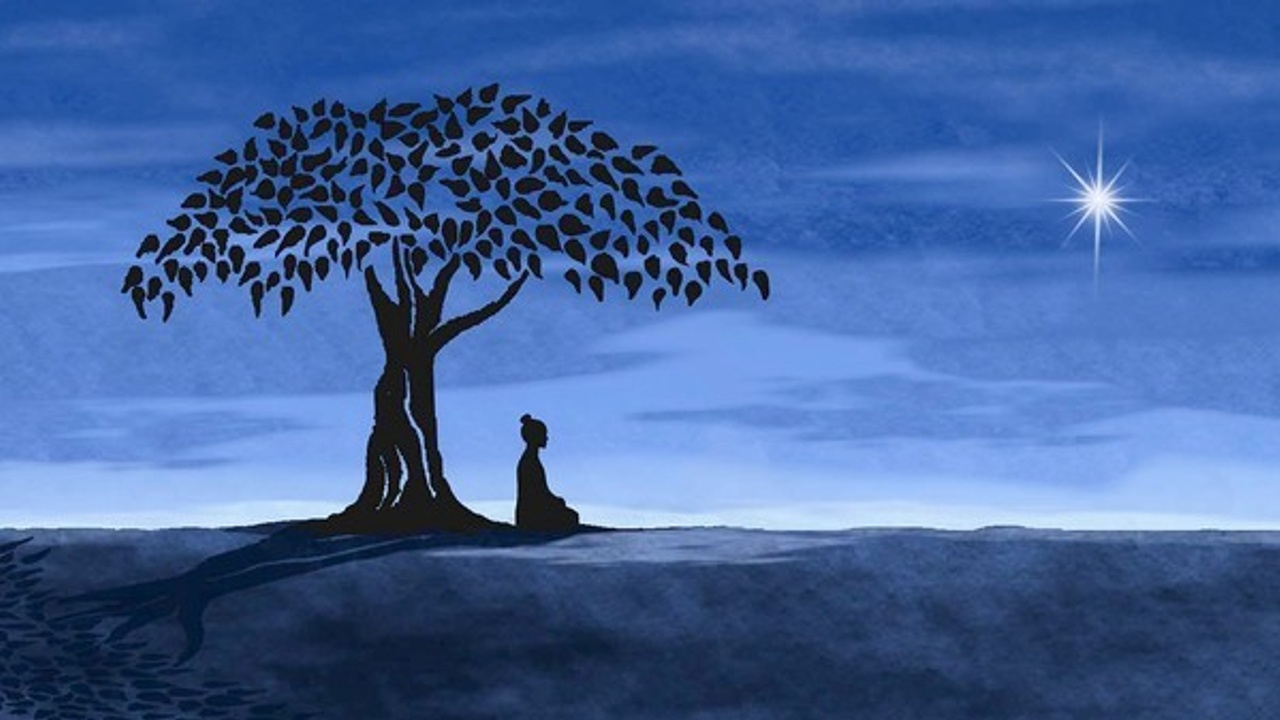 So already, we're starting to wonder what is this thing we call enlightenment? There is this concept. There is this idea. It's been talked about for 2,500 years. In America, we've been practicing Buddhism for 50 or 60 years. Everybody wants enlightenment. I want enlightenment, so I'll do these difficult practices because I'll get something. But there's a big problem with that. Who gets it? And what is it you want? And if I want something, maybe that gets in the way of getting it. Because the Buddha's enlightenment was about the recognition of the emptiness of this sense of self.

Our conventional view is that I am here, I have this life, I can get something. But the Buddha in his enlightenment realized that he and the whole universe were not separate. There is no separate self. Each thing in the universe is connected and a part of the whole. So to say "I separate from You" creates this false dichotomy. Out of this false dichotomy, all suffering grows. So if Buddha got enlightenment, he already lost it. Because there's no Buddha to begin with. There's no Buddha separate from anything else.